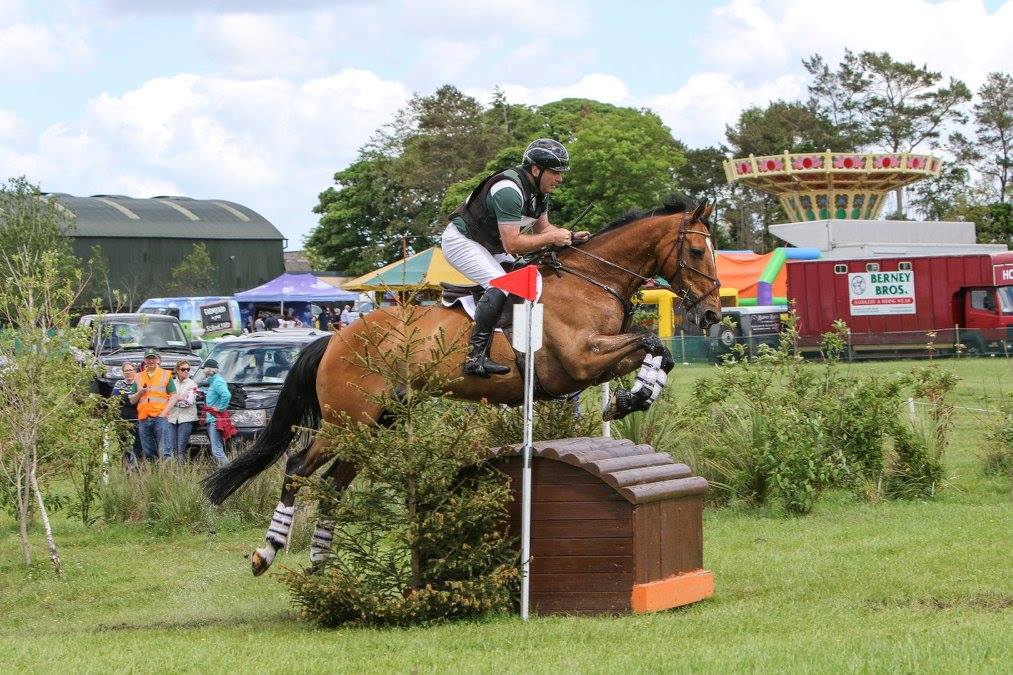 A clear round in an influential show-jumping phase saw Michael Ryan move up to a second place finish in the Land Rover CCI1*  at Tattersalls International Horse Trials. Ryan, who previously won the class in 2009 on Dromgurrihy Blue, was delighted with MiMi Falb’s Kilpipe Jewel; a horse that he and his wife Patricia produced up to international two-star level until he was sold to Falb in May 2015. The Texan first rode him in EI100 Amateur and then CNC1* classes.

The combination had been lying in 6th place after the dressage phase with Ireland’s Charlotte Dixon taking poll position with V Zermie 51. The Cross-Country phase did little to alter the leaderboard and coming in to the show-jumping arena the competition was wide open. Having moved up to 5th overnight, Ryan produced a clear round to finish on his dressage score and when those in front of him started to have problems, it was a matter of waiting to see how far he could climb up the final rankings. New Zealand’s Tim Price emerged the eventual winner with Falco after overnight leader Charlotte Dixon added two fences to her dressage score.

Elsewhere, Patricia Ryan and Dunrath Eclipse finished just outside the top ten in the CICO3* Nation’s Cup. Riding Carol and Tom Henry’s Chinook Eclipse gelding as an individual,the combination completed on a score of 63.8 penalties.