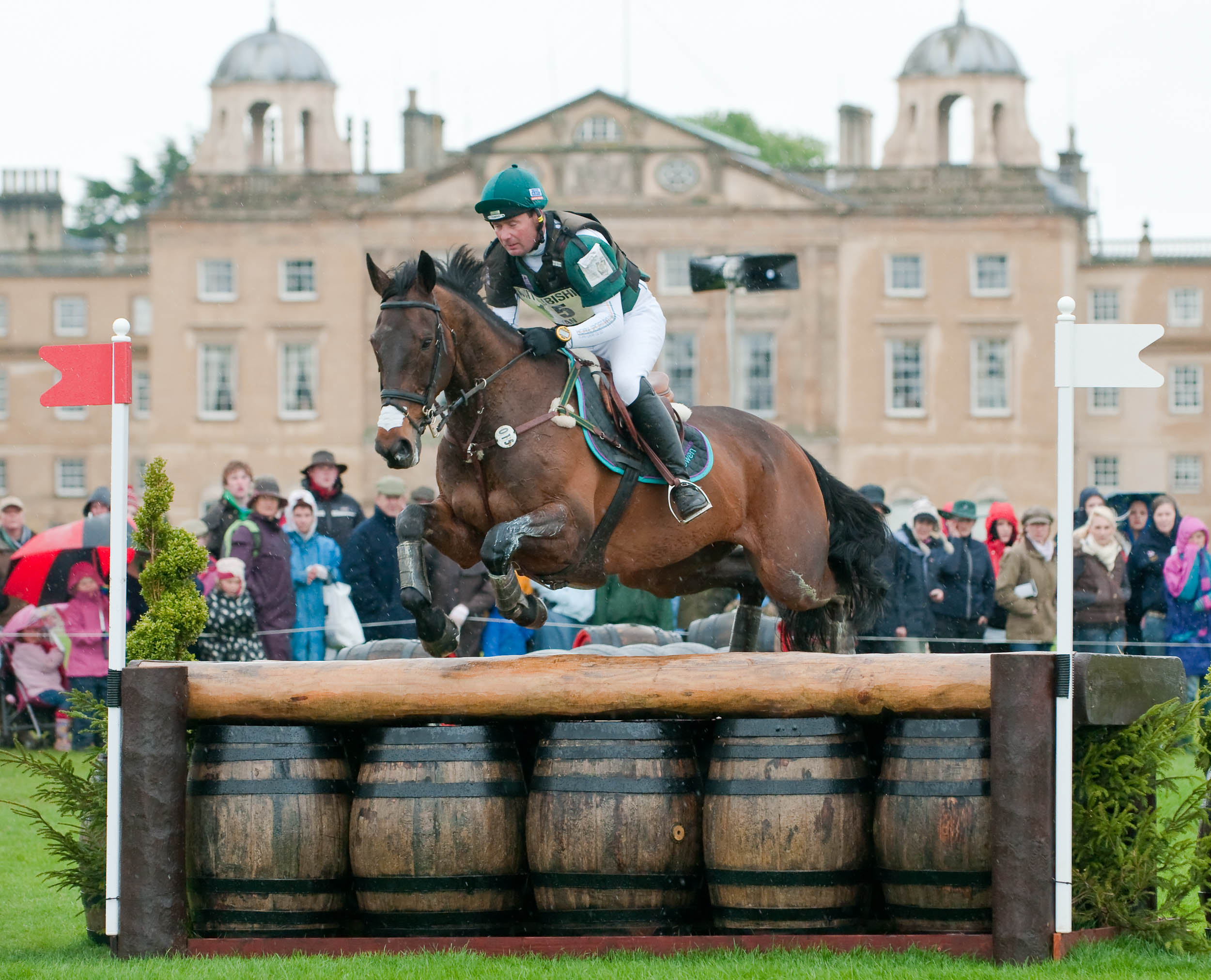 Michael Ryan may not be competing in Badminton Horse Trials this year, but it will be a special occasion for him as he is one of two riders that will be presented with an Armada Dish from the World famous Horse Trials this weekend. The award is presented to riders for completing Badminton five times. Ryan, who competed on Old Road on four occasions (2006, 2008, 2010, and 2011) and Ballylynch Skyport (2010), is one of only eight Irish riders to receive the prestigious award.  The award which began in the 1960’s includes some of the worlds leading eventing riders such as Andrew Nicholson, Lucinda Green and HRH Princess Anne. Among the Irish recipients are Captain H. Freeman- Jackson (1964), Penny Morten 1965, Lucy Thompson (1999) and Eric Smiley (1995).

Ryan flew over on Wednesday and will join fellow Olympian Pippa Funnell on Sunday to collect his award.  Ryan said “It is one of my biggest achievements to have competed at Badminton Horse Trials, for me it is next to competing at the Olympics.  Without a doubt it is one of the most challenging courses in the world and a huge test for both horse and rider. To be selected to compete in Badminton is a great result for any rider, but to complete the course on five different occasions is a testament to the standard of horses you are riding as they need to have plenty of heart and skill. Old Road, who is now retired, was such a loyal servant and my only disappointment for him was that he was set to compete in Badminton for the fifth year in 2012, but injury ruled him out.  I would like to thank my wife Trish, the team at home and the owners of the horses Tom and Carol Henry and John Butler. Many we enjoy many more years at Badminton.”