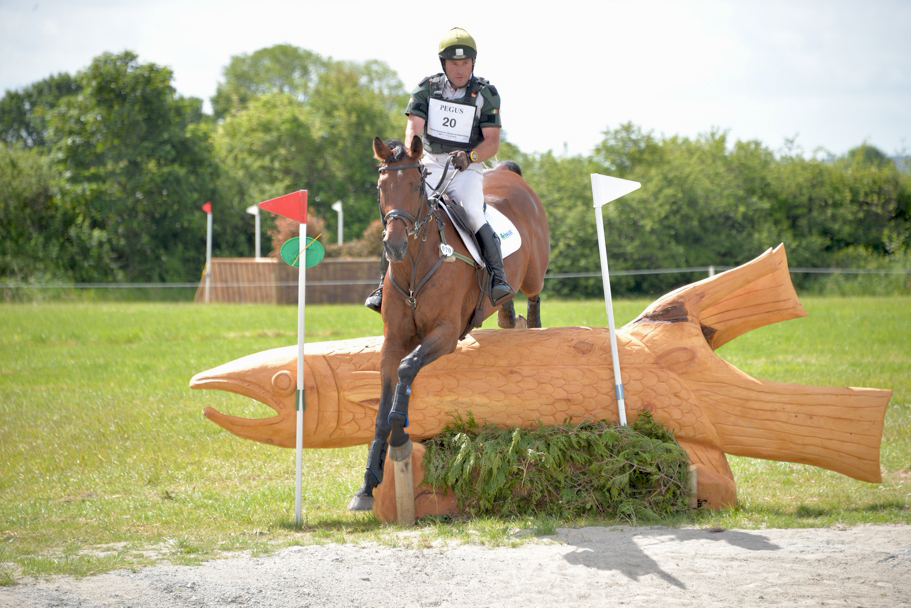 Michael Ryan took the lead early in  the Pegus Horse Feed CIC** at the Fernhill Sport Horses Kilguilkey International Horse Trials following the conclusion of the first two phases. Despite an error in the dressage phase, the Cork-based rider scored highly with Carol and Tom Henry’s ‘Dunlough Striker’ and a clear round in a testing showjumping phase kept him in pole position. Just 4.4 pen on the cross country phase wasn’t enough to close the gap between himself and Louise Bloomer who was riding Hollybrook Sky High. With Ryan finishing on a final score of 43.20 and Bloomer on 48.6, victory went to Ryan.